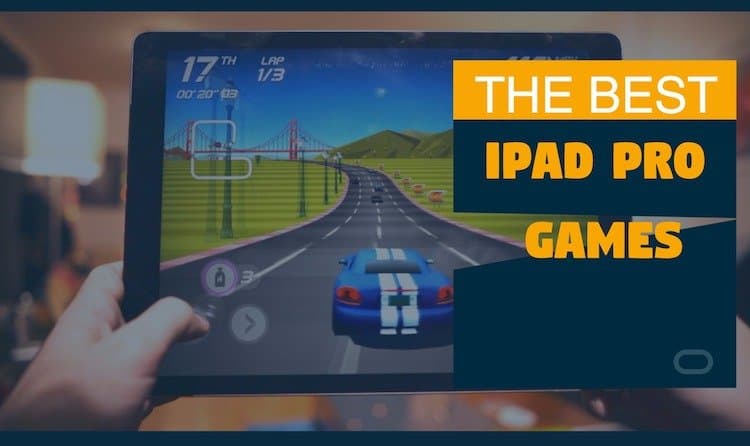 If you are a regular reader of our blog, you might have found how much we love to talk about iPad Pro. We love this stunning device because of the size and power it has to do any task. In the past, we even selected some of the best iPad Pro 10.5 inch 2017 cases and covers and got a good response. Even yesterday, we published an article showcasing all the best iPad Pro 12.9 inch 2017 cases to protect your device from accidental damages.

This time, we will we talk about best iPad Pro games that are available on App Store but you might not aware of. The iPad Pro is bigger and better for the gamers these days as it allows you the liberty from the gaming consoles and at the same time provides you with a kind of power that is enhanced by the huge library of games that are made for the device. It allows you to enjoy the best iPad Pro games at any time and at any place.

The Legend Of Zelda is one of the best iPad Pro games to be hooked on to but the only problem with the game is the amount of money that you have to shell out to get the equipment to play the game. However, there are games like Oceanhorn which gives you similar thrill. Oceanhorn provides you with a thrilling experience where you need to solve puzzles to gain loot and you get to drop bombs to clear path as well as collect hearts to replenish the given HP. It has awesome exploration and combat experiences to deal with.

If you are fond of MC Escher style puzzles, then Monument Valley 2 will be on your priority list for best iPad Pro games. Monument Valley 2 comes with some really vivid backgrounds which comes with animations that are smooth and will twist your mind. The game comes with a number of new elements that are really cool to deal with and the 10-level story that Monument Valley unfolds with its silent prince and the geometric levels he has to cross is really addictive. One of the good things about Monument Valley is that it keeps adding new tools. 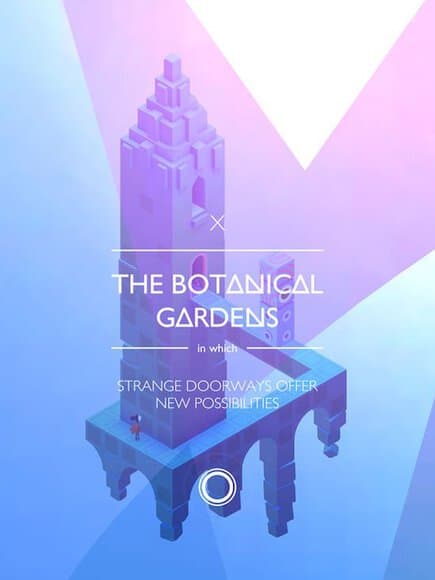 If you are on the lookout for a completely new gaming experience on your device, then you must try Slayaway Camp. It is a grid based game which deals with a serial killer and innocent bystanders. Hence, to keep the bystanders’ safe, you need to thoroughly see and think about the environment you are working in before you take any decisions on what to do. Slayaway Camp is a continuous puzzle where ultimately you have to hit on to something or you end up killing someone in the process of playing this glorious game. 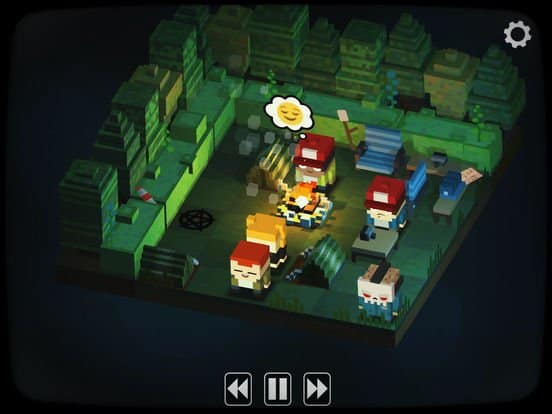 If you are a fan of music and dancing, then Crypt of the Necrodancer will be a fun game for you as the enemies present in the game move to the tune of music following a particular rhythm. Crypt of the Necrodancer allows you to find new weapons and tools with which you can defeat the enemies, but to do so, you must first try and find out the pattern in which they are moving so that you can properly strategize movements against them. Bosses appear on random levels to make them more exciting. 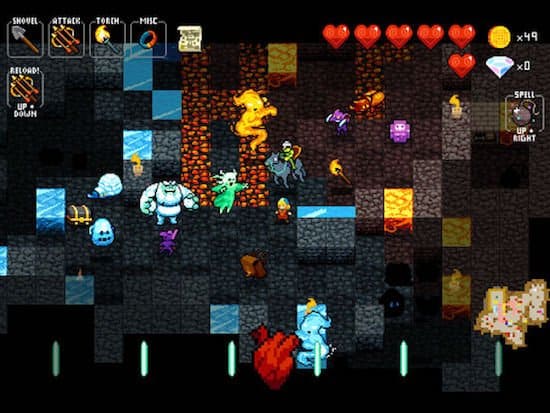 Warbits is another best iPad Pro game which brings back the old turn based tactic games back to the mobile devices. Warbits has some really good graphics which will make the players addicted to the game. The only problem with Warbits is the fact that you need to invest time in the same to understand the game well. The game requires a one-time purchase. Unlike the rest of the strategy games out there, in which it is basically the bigger the army you have, the better chances you have of winning, Warbits will require a considerable amount of thinking and strategy making. 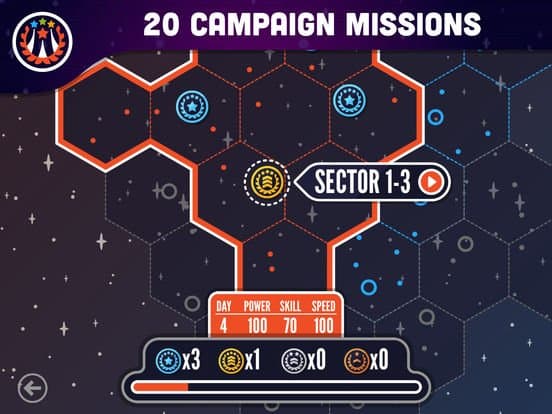 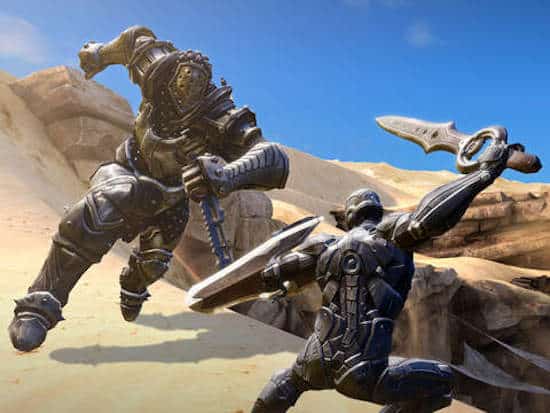 If you are fond of shooting games, then Bloons will be one of your favorites. It is a pretty addictive game which provides you with darts that are used for popping of the balloons. The balloons are kept in special formation, the complexity of which keeps on increasing with the enhancement of the levels. Depending on whether you are a pro or a novice player, you will be allowed to choose the modes and difficulty levels of the game. At times, you get floating balloons which you have to build up in a tower to shoot them down with darts. 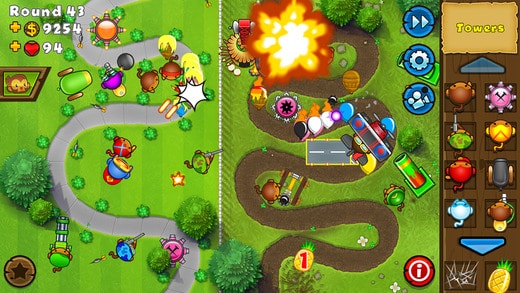 You know what’s the best part about paying SimCity BuildIt on iPad Pro is? The large screen that makes the game so much more fun. As you have to deal with very complex 3D structures which needs to be pinched, zoomed and rotated to make it work, SimCity BuildIt is taken to a whole new experience level in iPad Pro. With an awesome graphics for you to enjoy, SimCity BuildIt allows you to build and run your very own town with all the amenities and facilities like police stations and fire departments well in place. 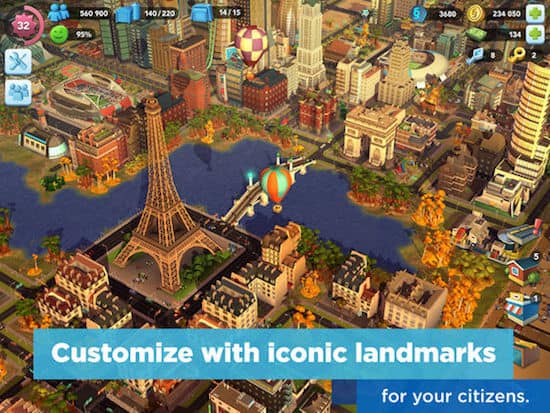 If you were a fan of the Where’s Waldo series, then you will simply fall in love with Hidden Folks. V provides you with levels of complexly structured scenes filled with living and non-living things and asks you to find out stuff from the crowd. Hidden Folks has some pretty cool animations in place which makes it really funny at a time when accompanied by the right kind of sound effects that it produces. The complexity of the game increases with the levels of the game. Hidden Folks take the idea of Where’s Waldo and tweaks it contemporarily. 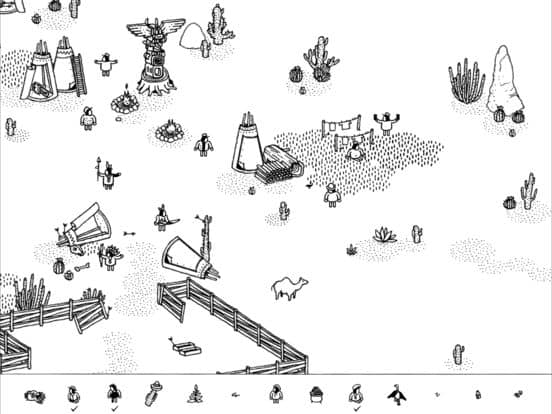 Fallout Shelter is the predecessor of Fallout 4 where you get to build out your own adventure. This is one of the best iPad Pro games that allows you to build your own community on a whole where you get to balance out the resources you have to allow your dwellers to survive the situation. In order to gain most, you need to properly match the room types to your dwellers to maximize the amount of production. Fallout Shelter also gets in bits of comedy which makes it worth the while. Fallout Shelter is a great time killer when you are travelling. 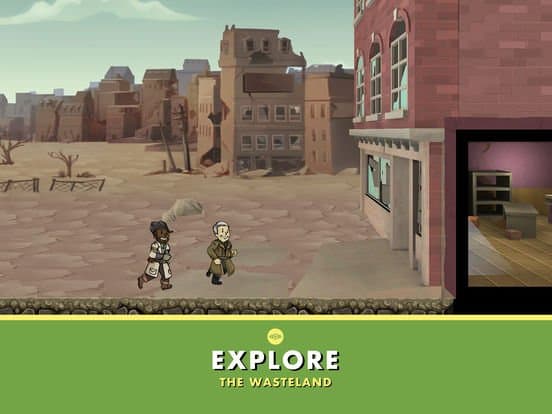 These are the best iPad Pro games that will definitely keep you hooked to the tablet and allow you to enjoy your time to the fullest. Have you purchased any best games for iPad Pro? If yes, do let us know in the comments section below.