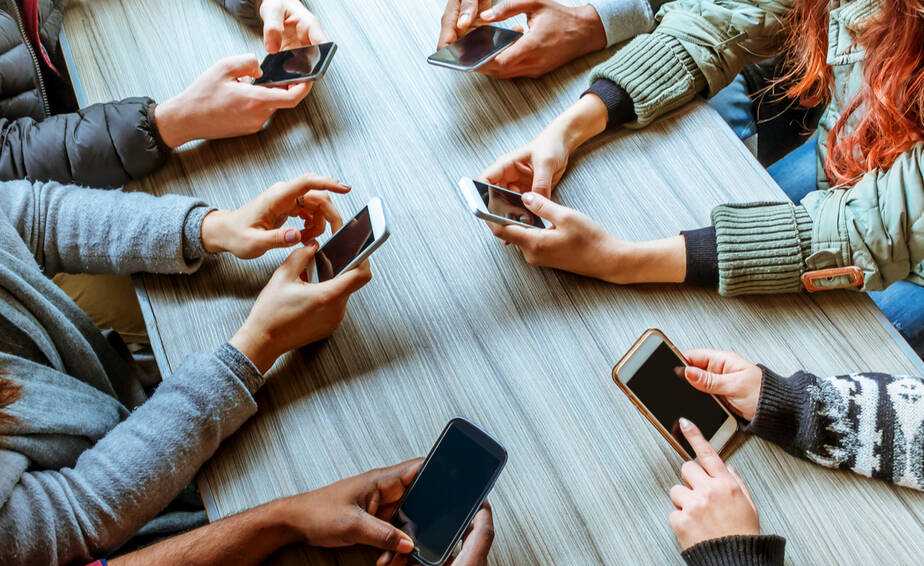 Smartphones are what we can’t do without. They have become almost absolute necessities and most of us cannot imagine functioning without smartphones. But, upgrading phones to the latest models by the same brand or even changing the brand to get a model that suits your needs best, is a common practice, mainly because with time, technological advancements increase and it is essential to have the latest features so that working on a smartphone becomes easy and hassle free even more than it was previously.

Given below is a list of the best new phones of 2018, they have some really impressive premium features to look forward to.

It has been confirmed by TCL, manufacturers of BlackBerry Mobiles that the latest model, that is the BlackBerry Key 2 was launched on June 7th. The structure and design of this particular phone is probably going to be quite similar to that of the BlackBerry KeyOne, however an upgrade of the mid range hardware is definitely on the cards. This BlackBerry mobile phone is expected to have a Snapdragon 660 platform with the Oreo version of Android.

Google’s Pixel phones are known to have one of the best cameras and at this point whatever new model of a phone Google launches, everybody is sure of getting a really amazing camera but other than this, with the Pixel 3, few real good features might be expected. The display of the Google Pixel 3 is also going to be quite different with a 18:9 aspect. However, there is much speculation that the display will be having a notch which means there will probably be no bezel and this will definitely allow the phone to have a better feel, especially since the size is bigger. The Google Pixel 3 is set to be released in October, this year.

Now, this particular iPhone by Apple is one of its earliest models and has basic level features. For a while now, there has been much talk regarding a replacement of this model of iPhone and it is expected that this iPhone will have a glass back and it will be one of the smallest iPhones to actually have one. Many are speculating whether or not the iPhone SE2 will have a notch less display screen and as yet there had been no confirmation. The other change which Apple night introduce with the iPhone SE2 is that it might have the gesture navigation feature beyond just the home button. All these speculations do suggest that Apple are ready to bring in some great replacements.

The Note 9 is a model, the idea of which was introduced almost as soon as the Samsung Galaxy Note 8 was launched and hit the stores and it seems that it is going to have some new developments, especially in the area of features enhancements which includes the SPen as well. The battery might be bigger this time with the Samsung Galaxy Note 9 and it will probably have a much larger display of about 6.4 inches. Now, apart from all this, what is the most exciting feature that is still being speculated about, is that this mobile phone might actually have an in screen fingerprint sensor and also, since it is Samsung, it can be expected that the Note 9 will boast of some really cool camera features as well.

This phone by Oppo has a striking feature which is that it has a notch less display of the full HD, OLED type and what is interesting is that the cameras are covered by a part of the phone’s body in such a way that the cameras have to be slid out from the top of the phone. Now, due to this particular feature, the Oppo Find X has been able to easily achieve a 93 per cent screen to body ratio. The front camera is one the most powerful ones available since it is equipped with 3D face recognition technology. However, there is no need for a fingerprint sensor. The Oppo Find X will have a Snapdragon 845 processor, and 8GB of RAM. Also, this particular phone by Oppo is going to be there first one by the Chinese phone manufacturing giants that is going be available for sale in the USA.

With a 14.73 cm display screen, and resolution of 1440 X 2560 pixels, the Samsung Galaxy S9 Mini is set to launch this year. With its premium features, this phone is one that most have been looking forward to. It is water resistant and is extremely powerful with great storage capacity.

This new iPhone by Apple has been confirmed to be the foundation for several years of technological advancement in other models of iPhones. The Apple iPhone 9, also known as the Apple iPhone XI, has top order featured and is as premium as it gets. As of now, no official name has been given to the new iPhone 9 and there is still several rumours that are circulating as to what might be the actual name of this new model by Apple. What is known is that this iPhone will possibly not have a back of stainless steel and instead go for an aluminium one. The display will still have a 19:9 aspect and the Face ID will be presented rather that the Touch ID that is set on the home button. Some people are speculating that the iPhone will come in different sizes and also the price might be a little lower that the other ones.

This phone is extremely expensive but it boasts of massive photo enhancement features. The smartphone will have a holographic display screen which is its marquee feature and it will also show any content in a three dimensional view. And the video qualities are of top order with cinema module and it can actually snap on different modules really quick which makes it even more impressive.

This particular phone by Nokia has a really great design with a full screen display and a curved glass surface. This does not mean that the Nokia 8 Sirocco is a fragile model and instead it is actually quite durable with an IP67 water and dust resistance feature and can also sustain up to 450 pounds of pressure. The phone will have dual rear cameras and will run on a Snapdragon 835 processor.

This new phone is equipped with dual cameras, a HD display of 18:9 aspect as well as some more premium specs. The hardware and the design might be slightly altered from its previous models but for now, no further details have been disclosed.

The above list has ten different phones, we think these are the best new phones of 2018. Each of them has features that are desirable by many potential customers and one needs to choose the best that is available in terms of their requirements as well as their budget. But all of these boast premium features that are bound to give excellent service.