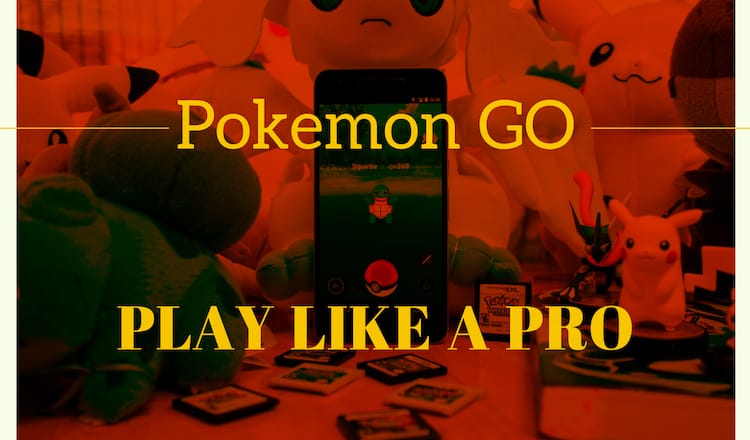 Pokémon GO is a new game based on virtual reality and available for iOS and Android devices. The game has become extremely popular since its release because of its unique concept. The game allows users to find Pokémon in the real world and catch them with the help of their virtual poke ball.

Since it’s a new game so many users are confused about the functionalities of it, that’s why we have come up with Pokemon Go tips and tricks that can help you to play like a pro.

First time when you play the game, you need to change the look of your trainer and in which you can choose clothes and other accessories. When you will hang around, your customized character will appear on the screen as you. Another player would also be able to see him when they will go to your gym location. 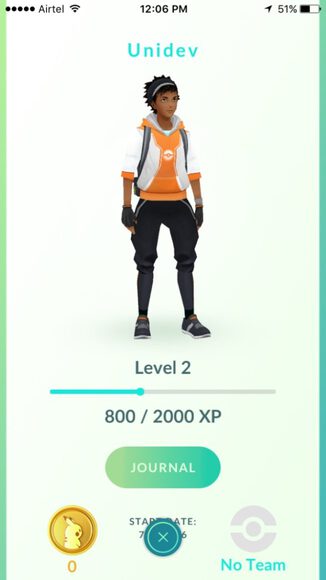 2. Learn How to Measure the Distance

Once you tap the bar which is located on the right hand bottom corner of the screen, a nearby box comes up and shows you ‘Pokémon’ that are close to you, but it doesn’t tell you the exact distance. Instead, it shows you ‘footprints’. If you see three feet that means the Pokémon is far away, two feet means its close and no feet means you are standing on it. 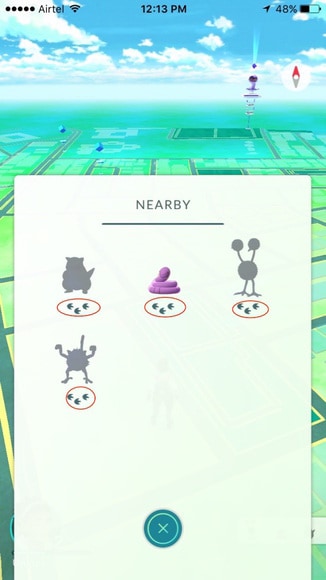 3. Track the Pokémon which is Nearby

If have encountered a Pokémon it shows you the coloured image, but you see a silhouette with one or two footprints that means you have not seen it but its nearby. Since the screen is not going to tell you about the direction that’s why you need to pick them one by one. If the number of footprints gets increased that means you are going far from or maybe going into a wrong direction so try till the time you get closer to it.

When you hold down the thumb on a poke-ball, a circle appears on it and the coloured part of that circle starts getting smaller, fling the poke-ball when the circle is small as this technique ensures the capturing of the Pokémon. By the way the Pokémon tries to break the poke-ball and tries to escape from it and it gets success in few attempts too.

The Pokémon gets activated once it comes under the outer white circle after that you need to hit the Pokémon when it is inside the coloured circle as well which is not easy. Try to manage the size of the circle with your throw and that’s how you can capture the Pokémon without increasing the number of your odds.

This technique can be used to hit an easy Pokémon and get some bonus XP. Once you see a Pokémon with the green coloured shrinking circle, then start rolling your thumb on the poke ball to spin it, then throw it on the Pokémon and it will make a curve instead of going straight.

The outer shell remains white, but the internal shrinking circle changes colours as various colours show various categories of Pokémon you meet while playing. Usually there are three types of colours that appear in that circle, first one is green, which appears for those Pokémon that are easy to catch. The next is yellow appears for comparatively tough Pokémon and the last one is red which means the Pokémon is extremely hard to capture. 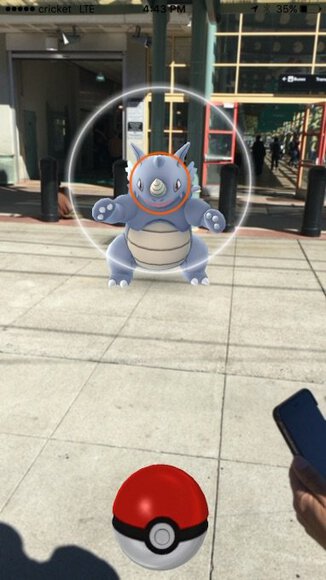 Instead of hitting the one which is closer to you, try to find a hub where many poke stops are closer to each other and hit them quickly one by one. Users get necessary items each time when they hit the poke stop and these poke stops take some time to reset so you have a multiple poke stop at a place then you can hit them again and again. 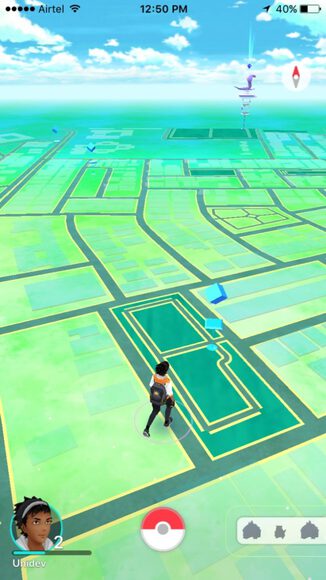 You can find the in-game camera in your backpack, which can be used to capture the movement when you encounter a Pokémon. When you find a Pokémon, turn on the camera and put the object in the live scene, then take the photo with that in-camera feature and image will be saved in your photo gallery.

When you hit the level 8, you start getting razz berries from poke stop that help you to engage the Pokémon for a while, but if you miss the shot then your razz berry gets wasted. In order to get the razz berry tap on the backpack and it will appear on your screen, then tap on the raspberry as well.

Each time when you capture a Pokémon, you get little pieces of candy which are essential because they are required to develop a Pokémon. When a Pokémon gets evolved, you get XP lucky eggs from poke stop that are also important because they double your XP. You can capture Pidgeys and let them evolve to activate lucky eggs. You can also buy eggs for real money if you are short of it. 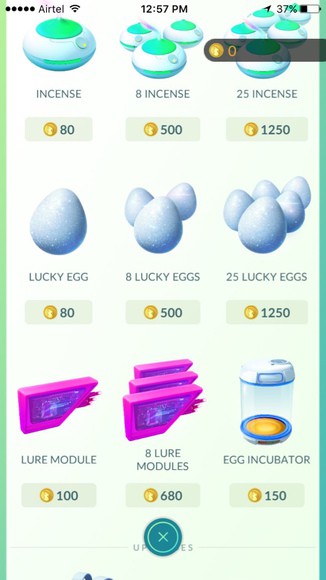 If you get the same kind of stuff everyday, then change your location and start playing at a different place which will introduce you with a new kind of Pokémon. You can select a famous landmark as they mostly appear in public places. You can also find water Pokémon near the beach and grass Pokémon in a garden. 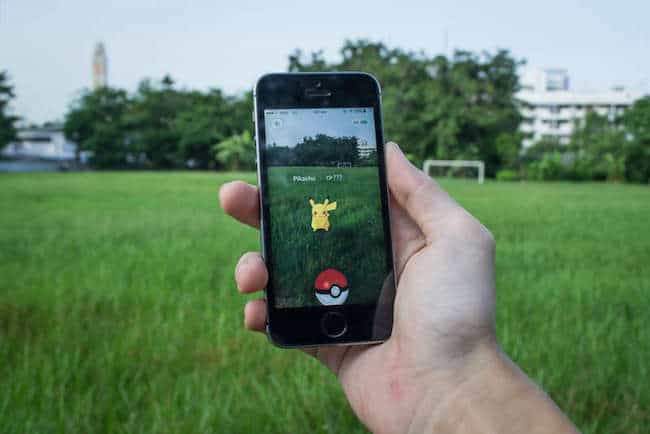 13. Difference Between Day and Night

The game becomes more complicated at night and if you want to explore the extra-ordinary stuff than play at night and see the difference. Though, it’s advisable to play in a crowded place because people might not appreciate you wandering near their home in odd hours at night, it could be problematic for you.

Its better to play with your friends rather than playing alone, which will help you to socialize with people and make the game easier. At times you will be asked to choose a team out of three and this will enable the gym location to a Pokémon (which is caught by you). These locations would be real and only one Pokémon can be placed in one gym. If other team members try to occupy the place, then you can challenge them with the Pokémon you’ve captured. 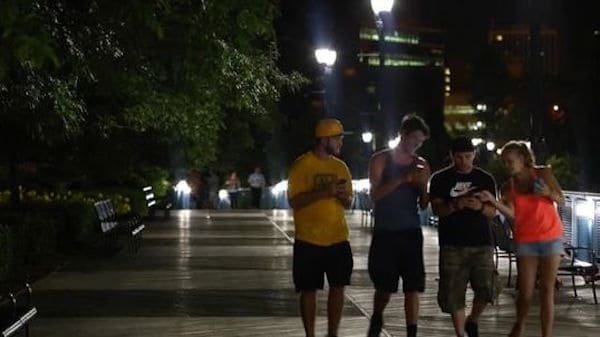 Pokemon Go Plus device is expected to be launched by the end of this month. It can be connected to the smartphone of the user via Bluetooth and will help the user to catch the Pokémon nearby pressing the button. The device will also tell the user about the appearance of a Pokémon by LED flash and vibration. 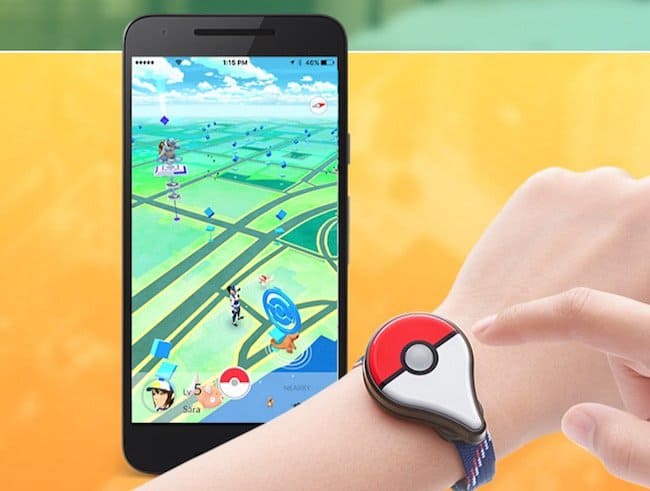 These are some of the Pokemon GO tips and tricks which we have discovered while playing the game. If you know any other Pokemon GO tips, do not forget to share with us in the comments section below.

However, you have to keep in mind that continues use of GPS will drain out your battery so it is better to download the game in a phone which provides a strong battery backup, otherwise you choose a phone that supports fast charging so that you don’t waste your time while searching for a Pokémon.