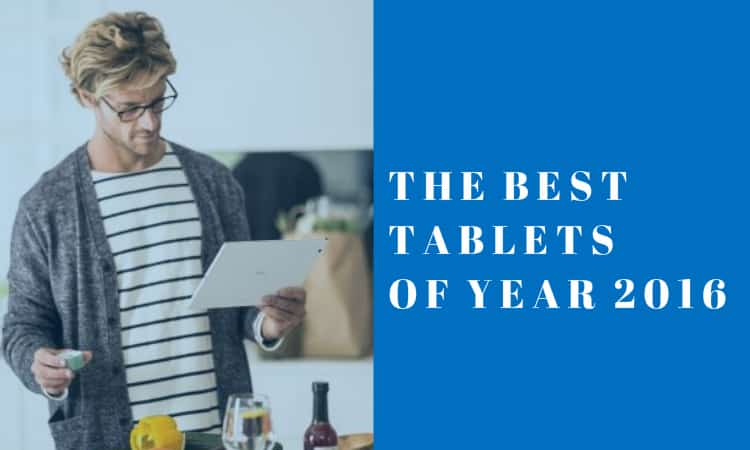 2016 is coming to an end and we have seen many new technology advancements that amazed at every point. This is the only reason, we started a series of articles in which we are covering some of the best gadgets, games, software of year 2016 that has been popular all over the world.

We have already covered best camera smartphones of year 2016 and best pc games of year 2016 which were appreciated by our readers. Continuing the same series, in this article, we will be talking about some of the best tablets of year 2016 that has been popular all over the world because of their design, features, functionality, speed and much more.

Tablet PCs are comparatively less popular than smartphones and laptops, but there are still few devices available that attract those people who tend to buy a 2-in-1 to accomplish their regular tasks rather than a smartphone. The success of any product depends on the usability of the customer.

Many people feel more comfortable in carrying a tablet PC rather a laptop because they are smaller and occupy less space. If you buy a tablet which provides satisfactory performance and includes advanced features then you would be able to continue your work from any place, anytime.

Here we have listed the best tablets of year 2016, you may find the maximum number of tablets from Apple as they still continue to lead the market and have a range of iPads but there are some other remarkable device listed too that flaunt similar or even better specifications.

Microsoft Surface Pro 4 is one of the best tablet PC available in the market that integrates the latest Intel Processor and offers larger as well as brighter display than its predecessor. You can buy the detachable keyboard separately and use it as a laptop when you want. The Surface Pro 4 features 12.3 inch 10-point multi-touch display with a native screen resolution of 2736 x 1824 pixels and 3:2 image aspect ratio.

The device is strongly built of magnesium alloy and weighs around 27.02 oz. (766 grams) so feels a bit bulky in hands. However, it packs powerful components such as Intel Core m3-6Y30 Processor coupled with 4GB RAM and runs on latest 64-bit Windows 10 Pro Edition. It has advanced security feature named Windows Hello and offers 30 days free trial of Microsoft Office suite.

It also equips autofocus camera and sensors like Accelerometer, magnetometer and gyroscope. The tablet sports Wi-Fi 802.11a/b/g/n/ac and Bluetooth 4.0 for wireless connectivity.

Also, if you have already purchased it and looking for some case, have a look at some of the best Microsoft Surface Pro 4 cases and covers. 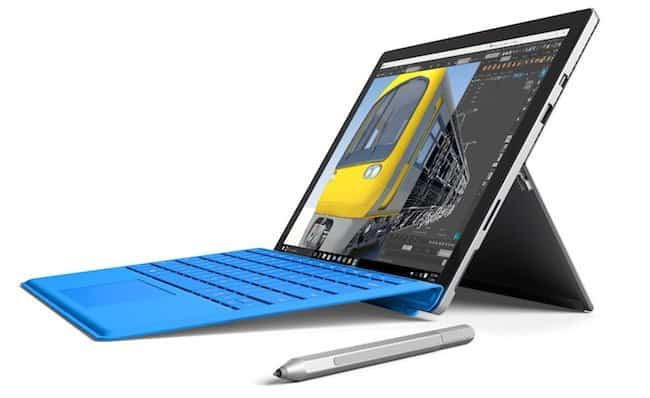 Google Pixel C is aluminium unibody tablet and well designed optional magnetic keyboard (that connects via Bluetooth automatically) costs, additional $150, still Google Pixel C is less expensive than some of its competitors. The tablet measures 242 x 179 x 7 mm and weighs 1.14 pounds (517 grams) so you may find it a bit heavy, but due to its thin body, you can easily hold it and port anywhere. 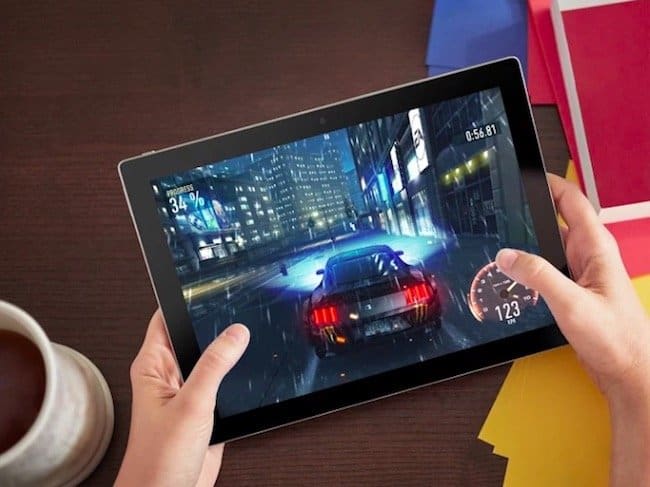 Sony Xperia Z4 has a strong body and boasts a sleek design that looks very premium. The tablet is water as well as dust proof and you can attach the Bluetooth keyboard to use it as a laptop easily. It features 10.1 inch IPS capacitive multi-touch screen with 2560 x 1600 pixels screen resolution and LED backlight. The tablet is powered by 2 GHz Octa-core Snapdragon 810 processor for fast and efficient performance and integrates Adreno 430 GPU for quality graphics.

It runs on Android 6.0 (Marshmallow) operating system and includes tons of useful features such as gesture control, Mobile High-Definition Link (MHL) 3.0, charging via USB, AptX technology and more. It is a 5.08 mm thin tablet that weighs 13.86 oz. (393 grams) only which is lesser than any above mentioned tablet. 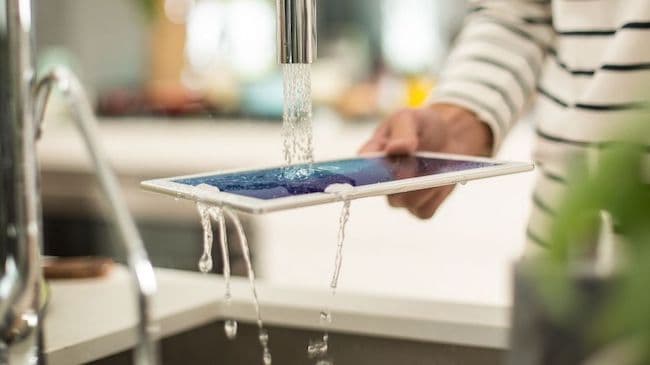 Design It is smaller than the previous 12 inch model and weighs around 15.41 oz. (437 grams) so you can carry it with you more conveniently. The tablet features 9.7 inch LED backlight IPS multi-touch antireflective display with 2048 x 1536 pixel resolution and 264 ppi pixel density. It runs on Apple iOS 10 operating system and  is powered by Apple A9X (64 bit) processor.

The iPad Pro model offers 32GB internal storage and comes with 12 megapixel rear can that has the ability to shoot 4K videos along with 5 megapixel front camera with retina flash. The device packs a strong 27.5 Whr battery that provides up to 10 hours of web surfing over Wi-Fi and 10 hours of audio/video playback.

It also features an 8 megapixel rear camera and 2.1 megapixel front camera. The starting price of the tablet is $500 which we believe is affordable for the masses. 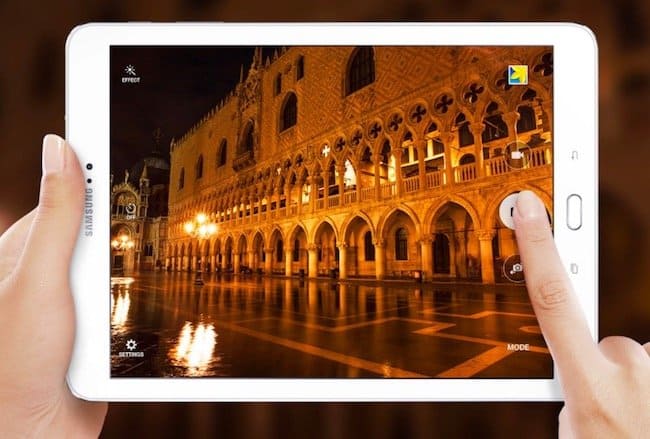 iPad Mini 4 has an improved camera, faster processor and better display quality then the previous iPad Mini 2 but if you compare it with another iPad introduced by Apple, Air 2, you may find it less powerful. Though, it is undoubtedly a nice option for those who want a tablet with smaller screen so that they can carry it simply in their bags and roam everywhere. The iPad Mini 4 features a 7.9 inch LED backlight IPS multi-touch screen with a native resolution of 2048 x 1536 pixels and 326 ppi pixel density.

The powerful Apple A8 chip has been integrated into the device to generate power and it runs on the latest Apple iOS 10 operating system. The iPad Mini 4 offers 16GB internal storage and equips an 8-megapixel iSight camera that records 1080p videos. The long lasting Li-Polymer battery provides up to 10 hours of web surfing over Wi-Fi network and Bluetooth 4.2 is also available for wireless connectivity. 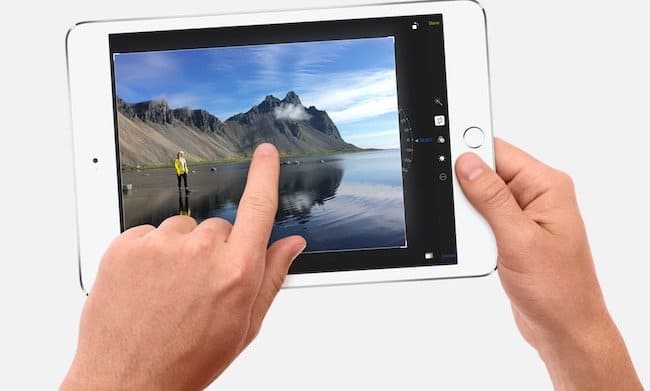 Huawei MediaPad M3 features an 8.4 inch IPS display with 2560 x 1600 screen resolution and 359 ppi pixel density. The device is available in Gold and Silver colours and has a fast and accurate fingerprint reader to unlock the device. It is powered by 2.3 GHz Octa-core Huawei Cortex-A72 processor and runs on Android 6.0 Marshmallow. The tablet offers 4 GB LPDDR4 SD RAM to avoid lag while running multiple applications together and 32 GB storage which is expendable. The tablet also equips front and rear autofocus camera for video calling and packs a powerful  5100 mAh that lasts for the entire day easily. The connectivity options include Wi-Fi 802.11a/b/g/n/ac, A-GPS, GLONASS, BeiDou, micro USB, 3.5 mm jack and micro SD card slot. 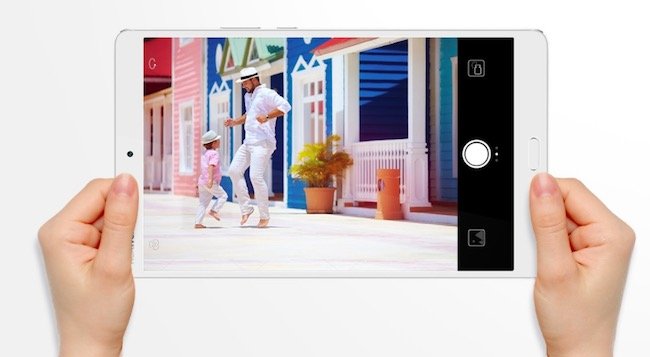 Amazon Kindle Fire HDX 8.9 has an attractive design which looks quite similar to the previous model and comes at an affordable price. The tablet sports a Dolby Atmos audio-enhancing feature which is exceptional, but doesn’t have a micro SD card slot. It features an 8.9 inch multi-touch display with the native screen resolution of 2560 x 1600 pixels and 339 ppi pixel density. 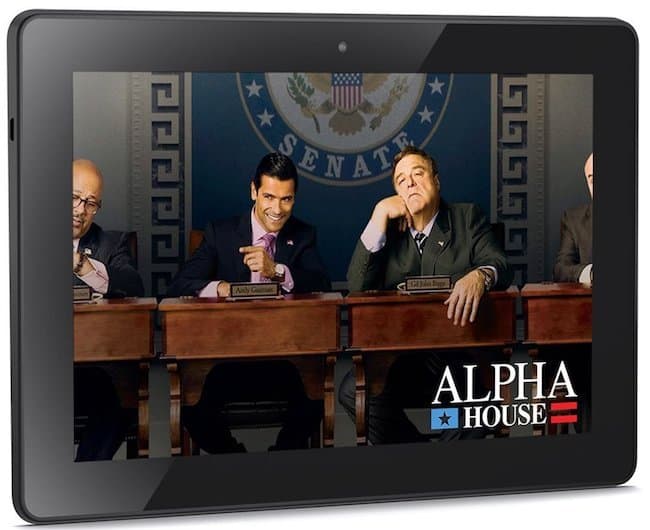