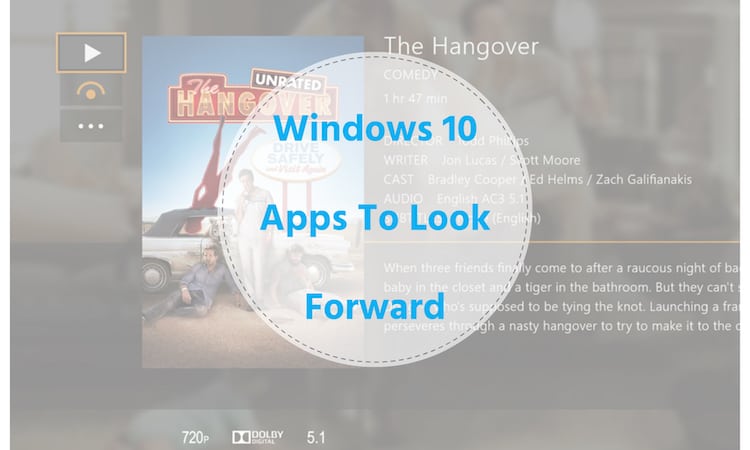 Apps have changed the way we make use of the technology that today’s era has to offer. Talk about anything and you’ll get an app as the answer. There are innumerable apps developed every day for the users to check out and make optimum use of. Designers and developers are making their best efforts and putting their best foot forward to come up with such apps that are user-friendly and functionally smart.

Last year Microsoft has revamped windows 10 making it more awesome, more stable, more reliable. Plus, they’ve started adding more and more apps in the Store. If you’re looking for some best Windows apps to use in 2017, seek no more. Here’s the list of best Windows 10 apps of year 2017.

Adobe Photoshop has too many features and options for a regular user to use it. If you’re not really an editing expert, Photoshop Express is the perfect app for you. It includes all the basic photo editing options you seek for in a simple photo editing software. Yet it’s amazingly powerful. It can adjust color, brightness, contrast, cropping, straightening and lots of other properties pretty quickly. As Adobe has called it – “Automatically Awesome”. Also, there are more than 20 photo filters that can embellish your photos instantly. 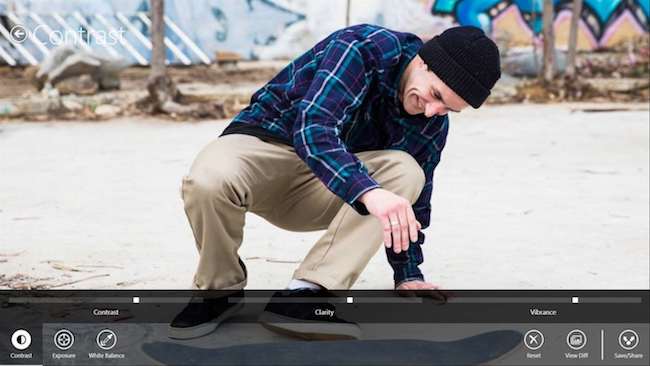 To me, Dropbox is a life saver. There’s not a single day I don’t use this app. What it does is actually synced up your files between multiple devices. You have to install this app in your smartphone and your Windows PC. Then you can easily upload your important documents, photos or any other files into your Dropbox account. And when you need those files you can easily access them from any device just by logging into your account. It comes free with a storage capacity of 2 GB.  To increase storage you have upgrade your plans.

For safety, it’s smart to use different passwords for various online accounts like Facebook, Twitter. But it gets harder and harder to remember those as you keep signing up for more accounts. Worry no more. Leave the memorizing job to LastPass. This app manages all your passwords and keep them safe. It simply adds an extension to Google Chrome and makes you open an account (free) and voila! Add a master password and hide all your passwords in the vault. 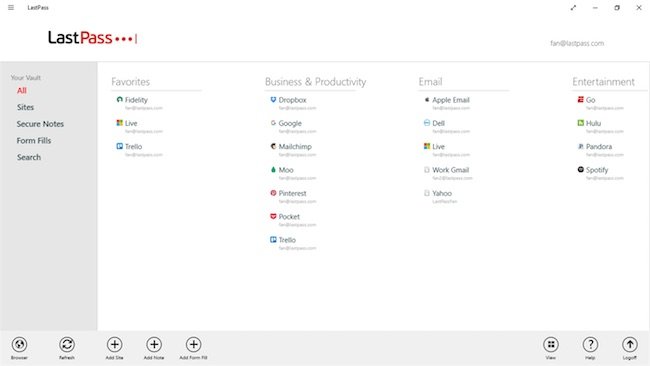 There are a lot of media players available for Windows 10. Some of them are full of irritating ads. And some can’t even play all media formats. Still, there’s a one perfect media player app which you need to try at least once. Behold VLC Media Player. It’s full customizable, it’s completely ad free, plays all kinds of audio and video formats. So, if you’re still compromising with your media player, Id’ suggest giving VLC a chance. 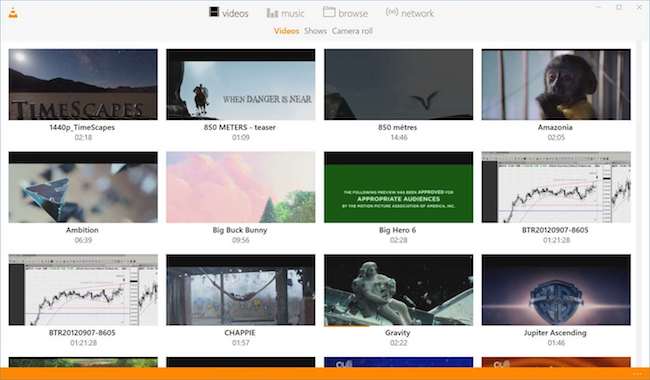 If you are a Programmer or a Web Designer, you badly rely on text editors. And nothing’s more irritating than an editor with bad UI, speed or stability. Notepad++ doesn’t quite have a good User Interface. Switch to Atom. This software is backed by GitHub, one of the most popular websites used by the programmer community from all over the world. Unless you don’t want an amazing UX, lots of customizability and tons of extensions, you should try Atom. 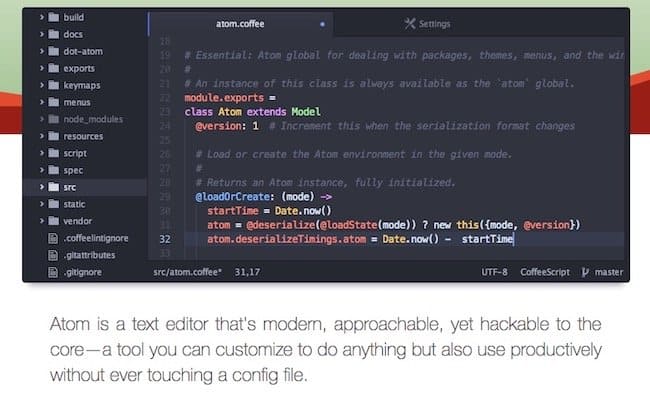 Experience Design CC is Adobe’s one of the most awaited products for Windows. It has been available for Mac. But recently they released the early-feature beta version for Windows 10 Anniversary Update. This software is basically used to design prototypes and mock-ups of various Android, iOS apps and websites. The latest release is really minimal and easy to use. Anyone can create amazing app prototypes within few minutes. So, if you’re in the design domain or willing to step into designing you must try this app. 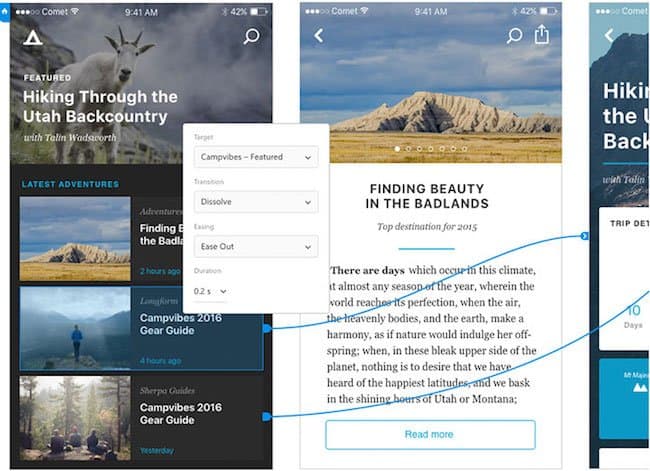 Don’t ever miss an important meeting. Don’t ever miss an appointment with your dentist. Don’t ever forget to wish your bae an early happy birthday. ‘Keep your life in sync’with WunderList. This app helps you to add to-dos, set reminder for them, devise your lists and keep them all synchronized across your smartphones, tablets or PC.

Tixati is a torrent downloader software application. Though not so popular as uTorrent or BitTorrent, it’s a lot cleaner than those. Best part about Tixati is it doesn’t contain any ads, spyware or adware. uTorrent is full of ads. If you need a simple torrent downloader with no ads, you should try this out. 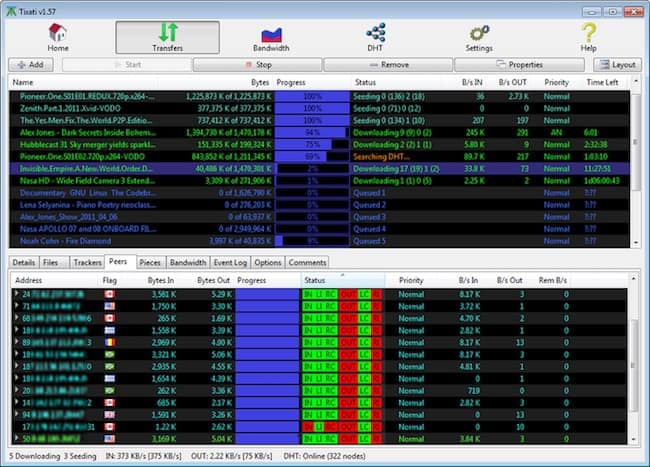 This app helps you to stream all your video, audio or pictures among various devices. All you have to do is install the Plex Media Server on your Windows PC. Then install the Plex app on your smartphone or TV any other device and stream those files on that device. Its really a handy tool for cross-platform media streaming. You can download it for free of cost. However, the premium version lets you record TV shows for free, avails streamed files for offline playing. 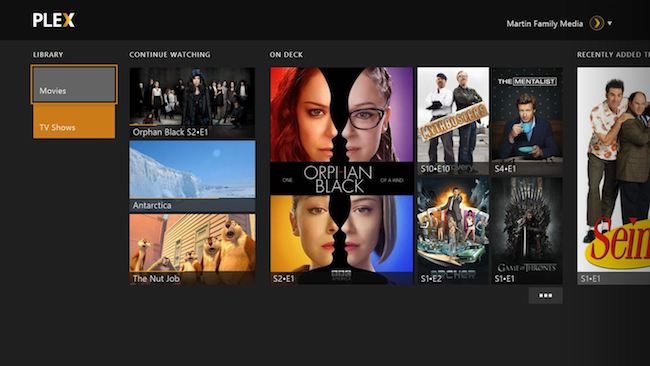 One of my favourite hobbies is to learn new languages. But it’s costly to hire different instructors for different languages. Hence, I couldn’t start learning any – until I found Duolingo. It’s a free app that lets you learn many languages like Spanish, French, German etc. for totally free of cost. It has an awesome User Interface dividing the learning timeline into interactive lessons. Each of those lessons includes many challenges. These and many other exciting options make learning a language feel like playing a game. If you too have an interest in learning languages, you must give this app a try.

So, these were some of the best Windows apps of year 2017. Obviously more apps will be releasing as we go through this year. Plus, Microsoft announced there may be some really major updates for Windows 10 this year. Stay tuned for a thrilling tech year.