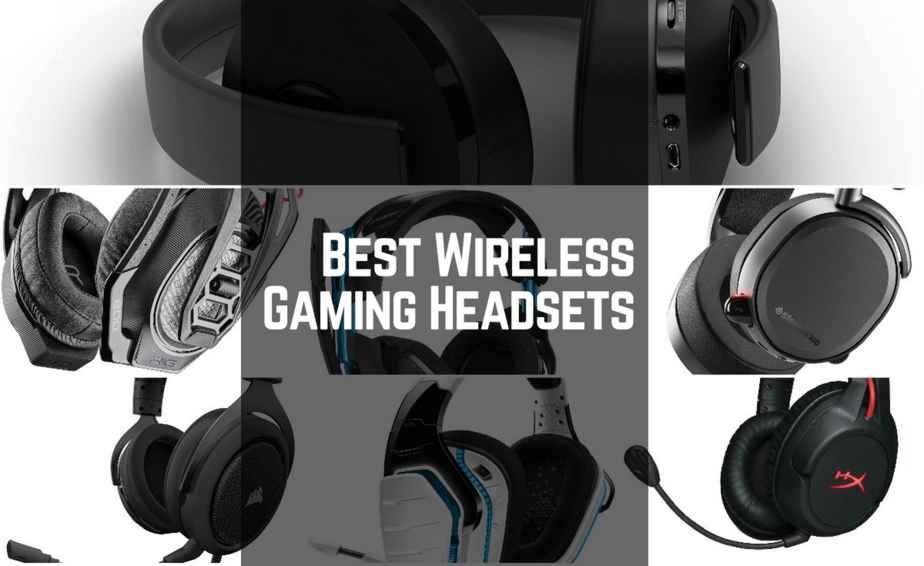 So, we are done with the research and here are some of the best wireless gaming headsets that we believe that every gamer should buy and put in their arsenal of must have gaming accessories.

Without further adieu, find out some of the best wireless headsets below. 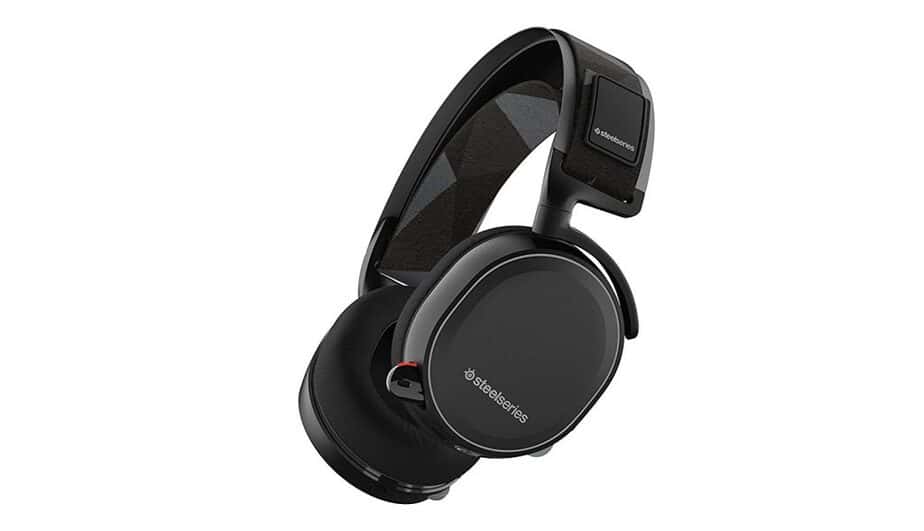 There are some who dislike headsets and the way it looks. For those who want something bit intense then the Steelseries Artics7 is the one to make them feel just the way they desire. The headset comes with a ski-goggle kind, comfy, colourful, and stretchy fabric making it stand up with the fashion trend, and cushions the head adjusting its tension accordingly. This one boasts killer feature that’s quite hard to come across on other wireless headsets at this price range, and one would love to wear it on public with no hesitation. It comes with two audio streams on PC. One can be set to the voice chat and the other on the game. Then you can just reach out and rotate a dial whenever you wish to hear to the footsteps or friends, much clearly. 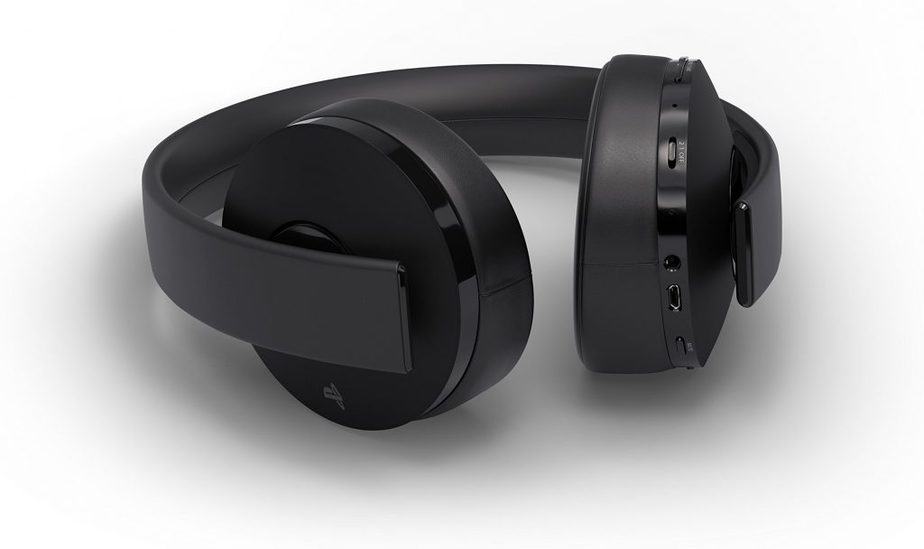 The new Gold Wireless Headset is everything one could ask for. It can play with almost anything right from PC, Nintendo Switch, PS4, Steam Link, and many others via the 3.5mm cable. It’s also very light weight and the least gaudy headset one can buy. The audio quality is great, but one thing that’s lacking is the boom mic. 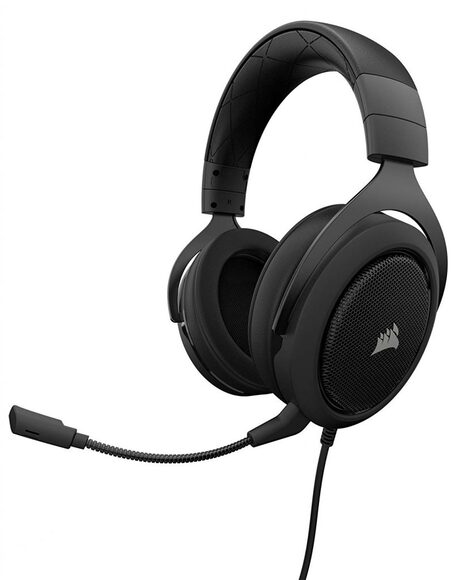 This headset has a great value for money, if one is looking for something on a budget headset. The latest analogue gaming Corsair headset amazingly proposes a great value for money. Although, it doesn’t have an RGB lighting or sort of any surround sound, but it covers the basic needs. It has a decent audio quality at a good price, including a staunch microphone that’s more than enough for a nice team chat, during intense fire-fight as well. But for those PC gamers with a weak motherboard, they may need to invest in an external motherboard with quality DAC to play and to make the best out of this HS50. This headset is strong and sturdy. 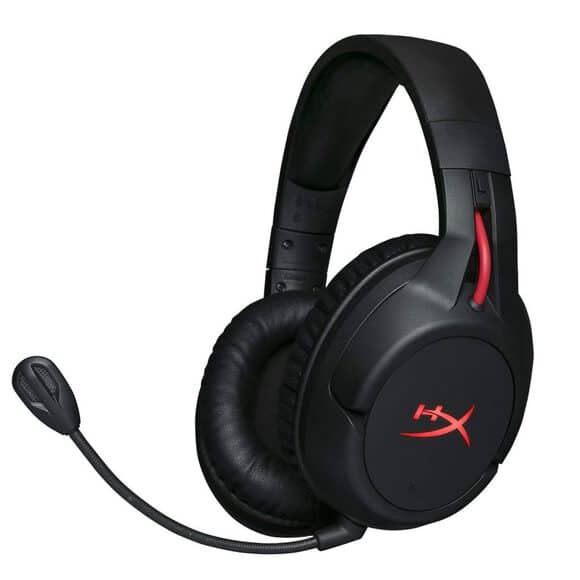 If one is seeking for a wireless gaming headset with a long battery life then lingering over the HyperX Cloud Flight by Kingston seems the right option. Quoted 30 hours battery life by the Cloud Flight is one of the best available on the market, and a test says it has much more strength than any other headset. It has a super cancelling mic and the Cloud Flight easily becomes a favourite for people who are into gaming sphere for quite a long time. The only drawback of this headset is its virtual surround sound effect. With this one you can get a 2.0 audio channel. Its wide and clear sound system is just adequate for bass punch for explosions or any gunshots in the game. 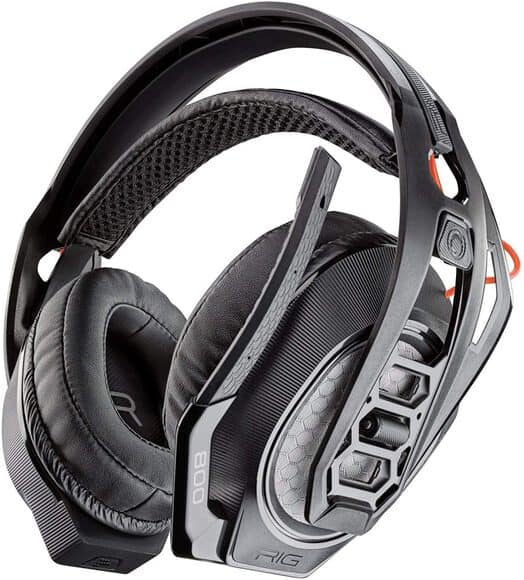 Rig 800 by Plantronics is a very lightweight wireless headset providing great comfort that makes one feel there’s nothing on their head. The two sides of the headband are connected inner head-strap, which automatically balances tension to the skull’s size. The fancy headband enables in popping out the ear-cups slotting them lower or higher to adjust to larger or smaller heads. It has a great battery life. The quality of the mic is quite good, but there’s no surround sound for PS4 and no headset jack. It also has a mixer dial for chat volume. 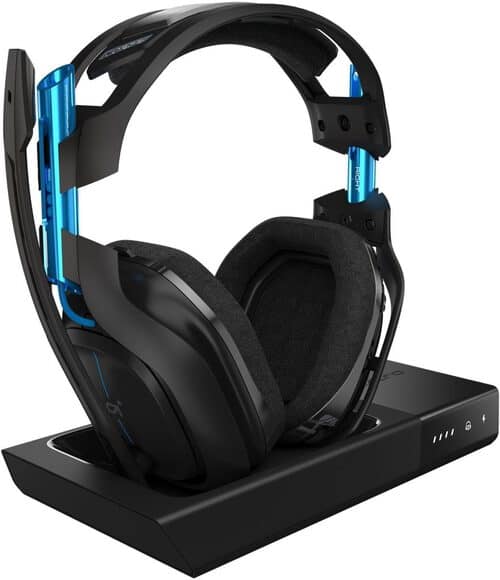 The A50 is considered to be one of the best wireless headsets boasting great sound. No other headset has such an amazing sound quality and clarity with a blasting bass like this headset with such pure wireless mode. The microphone is rich unlike any other and cuts off on any unwanted background noise. This is because the A50 is packed with 5GHz wireless connection, with higher bandwidth than a regular 2.4 GHz kit, ultimately providing a great sound quality. But that means compromising on the battery life. It comes with a tidy charging clock that keeps a track on the battery life. 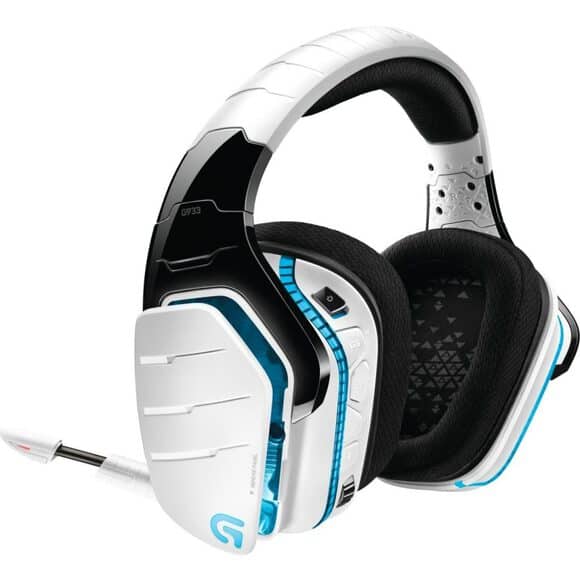 The G933 Artemis Spectrum by Logitech is a champ in range of wireless headset in two ways. One, it’s the only headset with 3.5mm headphone jack, with programmable sound profiles that helps in loading wonderful stuff, and second, it’s the only headset having a high, booming bass that will make one feel as if walking down the street. During power off time also, the bundled 3.5mm cable of Logitech offers a mic and in-line volume dial for the phone calls and tunes. There’s also a line-in jack of 3.5mm on the USB dongle for making any wired audio source wireless. 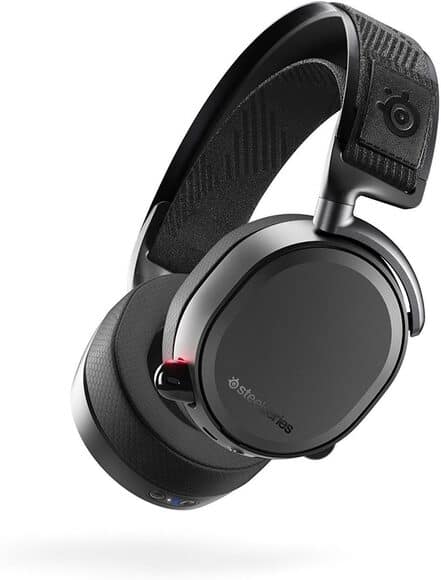 This wireless gaming headset is a bit expensive out of the lot so far. It’s the only headset that comes with user swappable battery in it, meaning no running out on battery charge. It’s also the only headset with Bluetooth connectivity, and that means it triggers double duty for a great pair of music, games, and calls as well.

Most of all the above mentioned best wireless headsets are a good value for money and as long as they are being used for gaming, they will completely satisfy the needs.