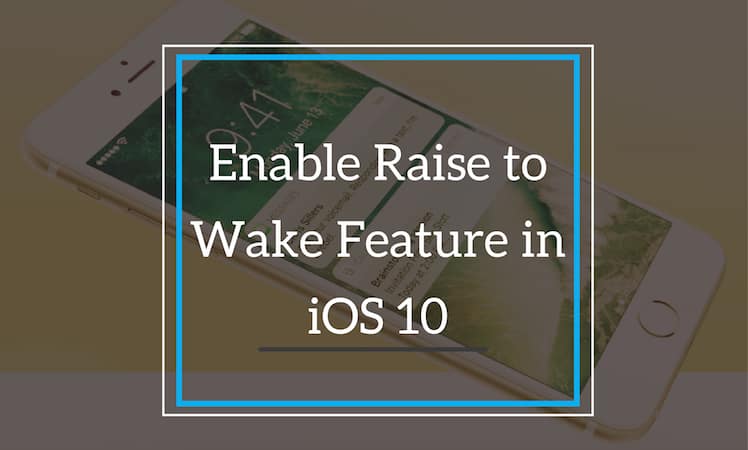 iOS 10, the latest operating system for Apple devices such as iPhone, iPad and iPod touch has come up with many exciting features and one of the them is the revolutionary Raise to Wake feature. It turns on the display automatically when users pick the phone and face it towards them. The features reduce your dependency on the Power button to get access to the lock screen and lets you see time and notification received by just holding it in your hands. The same kind of functionality has been offered in Apple Watch too and many users have appreciated it.

Unfortunately, this feature supports limited iPhone models such as iPhone SE, iPhone 6s, iPhone 6 Plus, iPhone 7 and iPhone 7 Plus. Actually the functionality of this feature depends on the hardware configuration and requires M9 Motion processor or M10 motion processor to work. If your phone is not one of them, then it doesn’t work with your device. If you have a device which is one of them, for example iPhone 6 with an upgraded version of iOS (iOS 10) then you can easily go ahead and enable this feature in your iPhone and get the benefit of it.

Let’s see how you can enable/disable raise to wake feature in iOS 10. 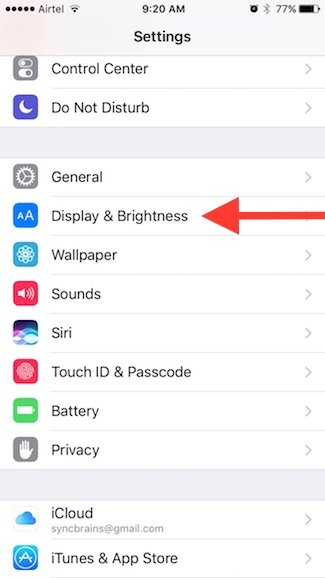 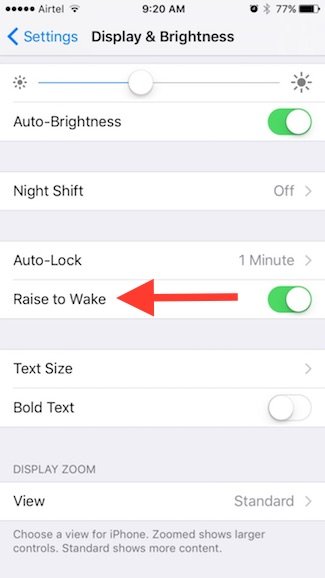 So, this is how you can actually enable/disable raise to wake feature in iOS 10.

If you use an iPad or iPod touch, then for you also the procedure is same.

Remember, if you turn it off, then your screen will not turn on automatically when you pick up the phone and you need to follow the traditional way to see notifications on your iPhone. Let us also tell you that this feature doesn’t consume so much battery. Infect, it saves your battery and lets you work longer without any interruption. It is also good for those iPhone users who normally press the power button to access the lock screen because due to fast touch ID your phone, bypasses the lock screen and takes you directly to the Home screen when you accidentally press the Home button.

iPhone 5 does not have the latest sensor technology which is required for this service to be activated. As far as the earlier version iPhone 6 and 6 Plus are concerned, they sleep when the phone is not in use, but wake up when you press the home or power button or call Siri to take actions. Upgrade to iOS 10 activates the M9 Motion Processor to turn on the screen light on movement. The latest iPhone 7 and 7 Plus include Embedded M10 motion coprocessor so the feature is by default available in them.

Last but not the least, if you have any problem enabling or disabling raise to wake feature in iOS 10 devices, do let us know in the comments section below and we will try to figure out the solution.