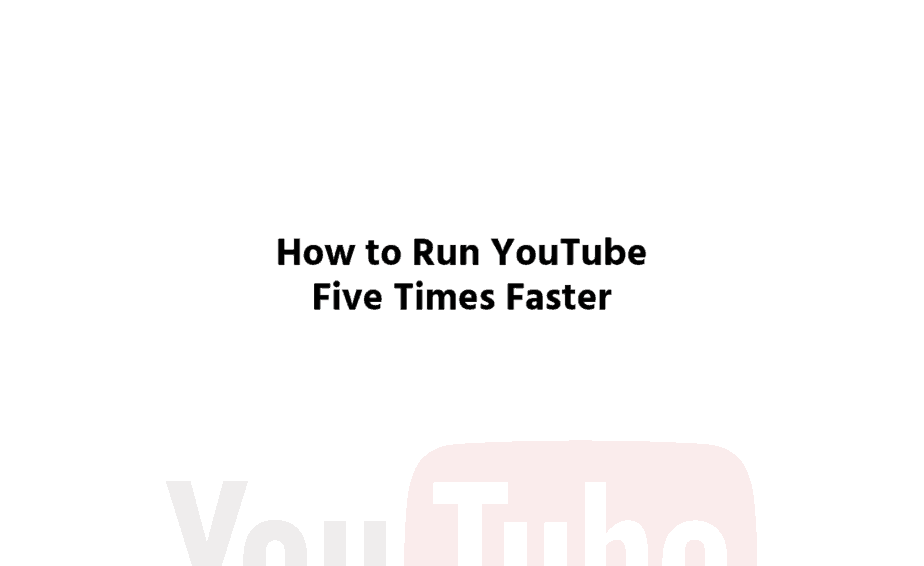 YouTube, being viewed by 1.5 million of regular monthly users worldwide, grows faster than anyone in this world. Around 400 hours of video content is being uploaded into it every minute. There are more than 5 million YouTube channels making it the second highest ranking in online search engines. Many B2B marketeers put efforts to pull the traffic to their websites. That is how they either place a video on YouTube or place the YouTube video player on their website to achieve this.

Off late Google has released an updated version of YouTube. Post this updating, YouTube is reportedly loading very slowly on browsers (Mozilla Fire Fox, Microsoft Edge and Safari) other than Chrome. This phenomenon is not new as every time Google introduces a web service, it is developed to work best in their Chrome browser. In the past also, Google have not supported other browsers with some of its services. When users observe YouTube loading slowly on their browsers other than Chrome, they used to think that either the internet connection is slow or there is some flaw in their browsers. But the issue is different since the updated version of YouTube uses deplored shadow of DOM API that is applied to Chrome. Therefore, it is responsible for YouTube loading five times slower in Browsers other than Chrome. Google is too clever to inspire non-Chrome users to switch to Chrome by putting Pop-ups.

Here are the Tips to make YouTube run five times faster in browsers other than Chrome:

To make YouTube run five times faster in Mozilla Fire Fox browser, you need to install YouTube classic extensions to go back to the old YouTube version. The following steps will help you:

There is no extension available for the Microsoft Edge and Safari browsers to make it revert to the older YouTube version but by using the Tampermonkey script to make YouTube return to its old version and run five times faster:

It should run faster now.

How to Print Articles without Ads in Safari on iPhone, iPad and Mac